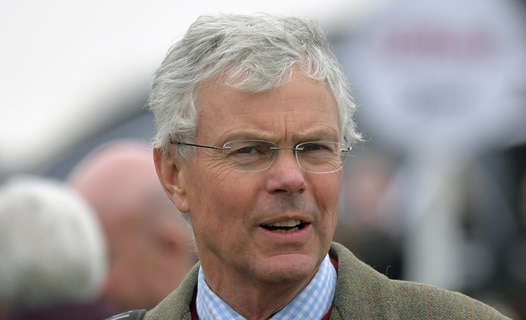 As I look out of my office window at 8 a.m. this Sunday morning with the pre-Christmas gloom and apparently endless belts of rain still sweeping across the land, it’s hard to believe that the days are getting longer again, writes Tony Stafford.

I’m writing this a day earlier than usual as nothing will be happening in the racing world before Boxing Day – four days of marking time, unless of course you are working in a racing yard.

Horses have to be fed, their boxes cleaned and their fitness regimes maintained, all for our delectation in the coming days, weeks and months. The new 2020 programme books, for the first time separated into Flat and Jumps have finally arrived but with conditions as they are – apparently Huntingdon had one of its periodic mini-floods this weekend – cancellations will be likely.
When I spoke to Hughie Morrison on Saturday morning he was full of gloom about the chances of Ascot’s going ahead. We were between inspections and, with Not So Sleepy due to contest the last race, that pessimism, admittedly a characteristic of the East Ilsley trainer, seemed justified.

Arriving at the foot of Ascot High Street at 11.45, at least the cars were still going up and in rather than down and out, signifying a positive outcome to the 11.30 ‘look’. That it was tempered with a “monitoring the situation race by race” could have had little mollifying effect on connections of the home-bred gelding.

Not So Sleepy has a deserved reputation for being “quirky” and when you consider that after his third career start, in the Dee Stakes at Chester – stopping point of Derby winners in the past – he had a flat-race rating of 107. In 35 subsequent starts on the flat, he has added only one more victory – on Oaks Day at Epsom, 2017 - but fourth of 30 in the Cesarewitch this October signalled some progress four and a half years after Chester.

In the meantime, he’d had three runs over hurdles, sandwiching a wide-margin all-the-way victory at Wincanton with hard-pulling 20-length defeats at Kempton and then on a return to the Somerset track. So when he turned up at Ascot last month in a handicap hurdle, necessitated by the abandonment of the November Handicap at flooded Doncaster, he was pretty much either a handicap snip on the correlation between flat (94) and jumps (122) ratings or a powder keg waiting to implode again.

He was allowed to set off in a clear lead and while a couple of his rivals eroded some of the advantage up the straight. Not So Sleepy never appeared likely to be caught.

I’d also spoken to Hughie before that race and the “handicap certainty, with a health warning” was our mutual assessment. Hughie didn’t have the extra bias of my high regard for Speed Company, an Ian Williams improver who had also been on schedule for the November Handicap. I’d caught him right at Chepstow; knew he’d go on the soft and he also had a reasonable jumps mark in relation to the flat. Two runners – trust me to go the wrong way.

Speed Company loitered at the back that day and was again disappointing last weekend at Doncaster, while Not So Sleepy returned to Ascot yesterday and was still on a detached bottom weight having been raised only 5lb for that previous win over course and distance. Many commentators believed he would struggle to get far ahead in a stronger and more highly-populated (13, or rather 16 with three ground defections) field.

Johnny Burke again got him off alertly and apparently settling better than hitherto, if understandably still a little novicey at some of the early obstacles – it was only his fifth hurdles start after all – he maintained a narrow advantage until the bend turning for home as the bunch tried to close.

It was soon evident though that nothing was going more comfortably and all the way up the straight the margin was extended, finally to a full nine lengths over Monsieur Lecoq at the line. He was in receipt of 23lb from the runner-up and no doubt the handicapper will be nowhere near as lenient next time. That eventuality is not worrying Morrison who has newly-ambitious plans for the seven-year-old.

Owner-breeder Lady Blyth had a major part in the decision to keep Not So Sleepy on the go over jumps and now the aim is for Champion Hurdle glory. Morrison went close with Marble Arch many years ago and Not So Sleepy is clearly capable of making steps towards that lofty ambition.

The ground was very testing – it caused the absence of Paisley Park, the one horse that many of the always large Ascot crowd had come to see. Yet Not So Sleepy’s winning time was less than three seconds slower than Mohaayed’s in the same race 12 months before. Mohaayed, back on the same mark as last year, was a long way back yesterday. All the other times were considerably slower – the best being the very smart Riders Onthe Storm, who comfortably beat On The Blind Side in the Betfair Exchange Graduation Chase. He was seven seconds slower than Kildisart’s 2018 time.

Even the real possibility that racing might not go ahead couldn’t deter a seasonal family attendance at a track which seems to hit the right note at every meeting during the year. As I’ve said many times here before, from Royal Ascot down to their humblest fixture, Ascot is unique and the punters just love going there. I do too.

One of the most eagerly-awaited moments in my household is the trademark three loud bangs on the door that heralds the annual arrival of the M & S Christmas hamper from the Editor of this publication. If you work for him and he doesn’t send one to you then sorry if I’ve caused envy, but maybe his generosity has something of the “he’s a poor old sod that needs some Christmas cheer” about it.

I rushed to the door and sure enough it was a “delivery for Stafford”. The big box duly came in and as I went to reach for the document to sign, he said: “There’s another one!” I took that in too, and it was in an apparently-identical container. These hampers, there are several to choose from, come in a wicker basket and by now we have accumulated a few and they adorn the lounge and among other things, conveniently house the Christmas decorations so they are readily at hand at tree-time.

I later called the boss and said he’d better check whether he’d paid twice. He came back with: “No, only once. Must be an M & S error, fill your boots!”, or sentiments to that effect.

Later, I was talking to Wilf Storey who I know is also customarily on the Geegeez hamper rota – he trains for them - and asked whether his had arrived. He answered in the affirmative, but when quizzed whether they were the same, confessed that far from containing a cross-section of Christmas victuals, his was purely of a liquid nature, with some exotic concoctions included.

Just as I was terminating the conversation, Wilf asked, “By the way, Brenda <Mrs S> wants to know if you received a parcel from her?”. Mystery almost over and when I finally found where to look for any message from the sender, one was indeed from the boss and the other from “Wilf, Brenda, Stella and all at Grange Farm”.

Of course it was identical. So as Mr Coincidence, I was able to add yet another unlikely tale to my lengthy litany of “can you believe it’s?”. Two people of widely differing backgrounds and age groups in two places almost 300 miles apart, simultaneously decided on sending the same person an identical item from M & S’s lengthy Christmas gift list, and they arrived in the same delivery. You couldn’t write it!
I hope the Festive season is as good for you as for Lady Blyth, the Morrisons and for me and mine!