I don't usually like to "blow my own trumpet" about how useful, and profitable, the features in Geegeez Gold are... ...but yesterday I received an email from a Gold subscriber that I really wanted to share with you all.

It's not intended to gloat (of course), but rather, there are some very good pointers in there about how to use this particular report...

You might remember I emailed you a few months ago with some questions about your excellent Trainer / Jockey Combo report. I'd landed a 16/1 and 14/1 winner from 3 bets in a single day and was having to pinch myself after collecting £540 from my £2 each-way doubles. I wondered at the time if this was some kind of freak result, but I'm happy to report that it certainly wasn't!

Over the last few months I've continued to follow this report religiously and it's amazing how many big winners I've had from it. My best was a 25/1 shot, but I've had dozens of double-figure winners and at times I've managed to catch two or three of them in doubles and trebles too.

I've attached some screenshots for you to look at just from the last couple of weeks. This is by no means the best period I've had, but I'd been intending to email you anyway so started taking screenshots every day to give you something to back up my claims.

Each of the screenshots shows the selections I've chosen for the day opened up in the report. I tend to look for a strike-rate of around 30% and a place strike-rate of 50%+ wherever possible and I'm rarely interested in runners that are priced at 2/1 or under. You might see days on these reports where I don't have something with a high strike-rate open - this is usually because they're a non-runner, or the meeting was abandoned, which has happened a lot lately.

Something else to note is that I rarely touch the Irish racing. That's just a personal preference and I find that I usually get enough action every day from the UK racing so just haven't bothered too much with that. It might be equally profitable, but I can't say for sure.

I've written a little ditty for you to explain what happened each day... 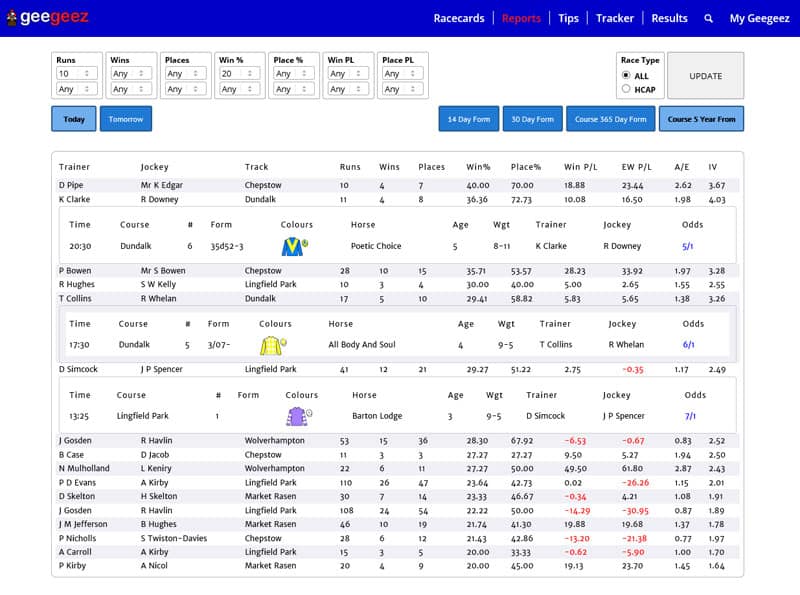 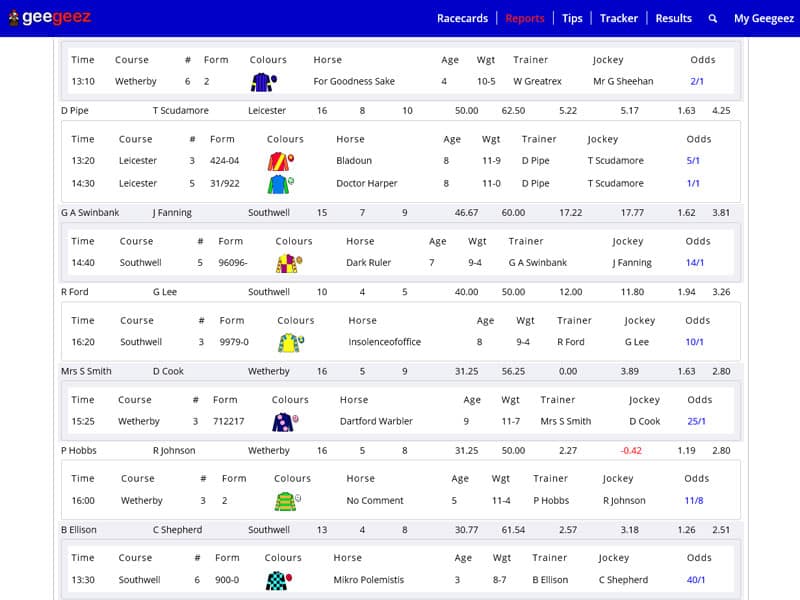 26th January - 4 selections - Some of these either didn't run, or were too short for my liking, so I only backed the 4 big priced ones. Dartford Warbler was backed from 25/1 into 10/1 and finished a decent 2nd. For a while I was thinking it might actually do it, but alas it wasn't to be. 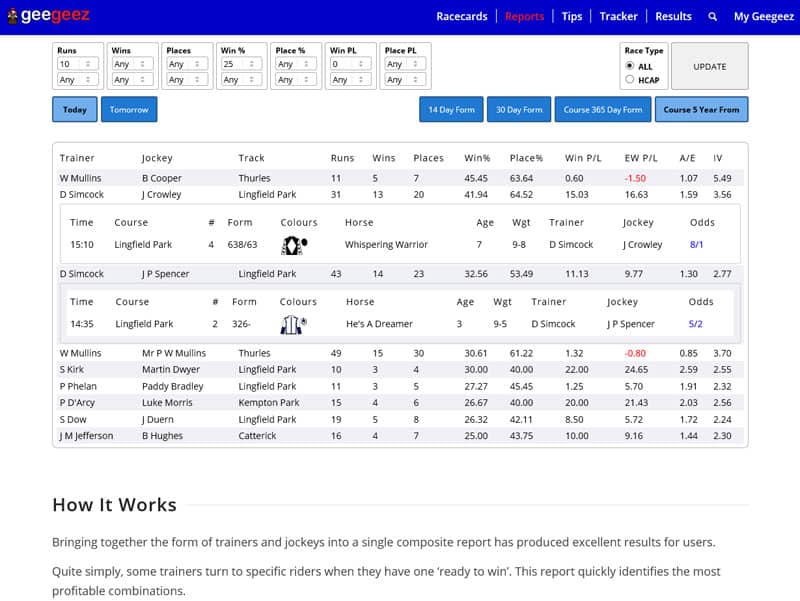 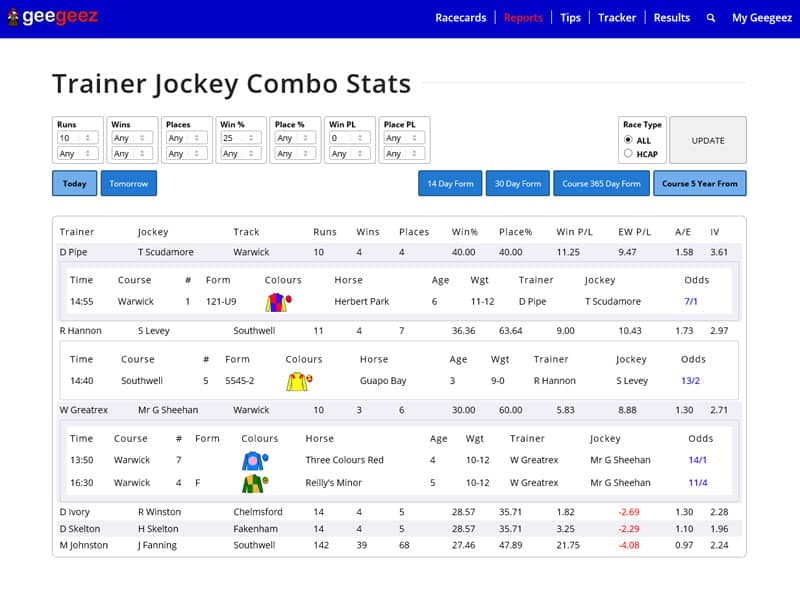 28th January - 4 selections - Three Colours Red was backed from 14/1 into 8/1 and finished 2nd. Guapo Bay finished 3rd at 9/1 and Reilley's Minor finished 3rd at 4/1. The other I should have left alone, because the place strike-rate wasn't really high enough, but hey ho. 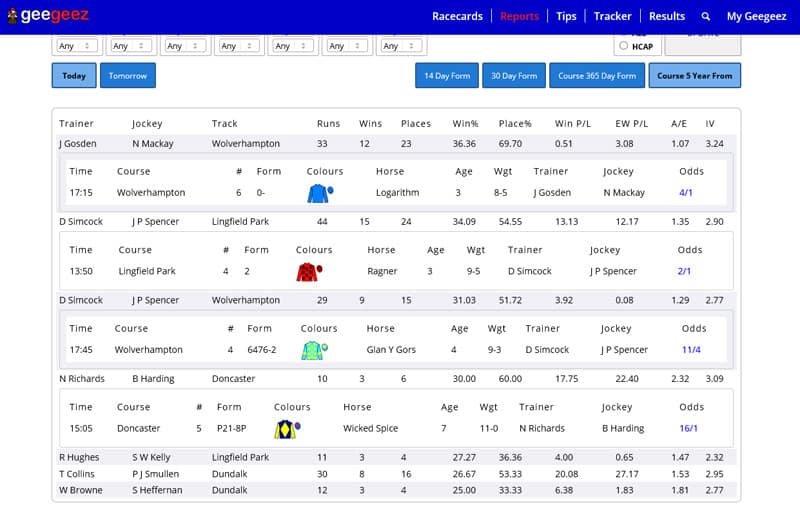 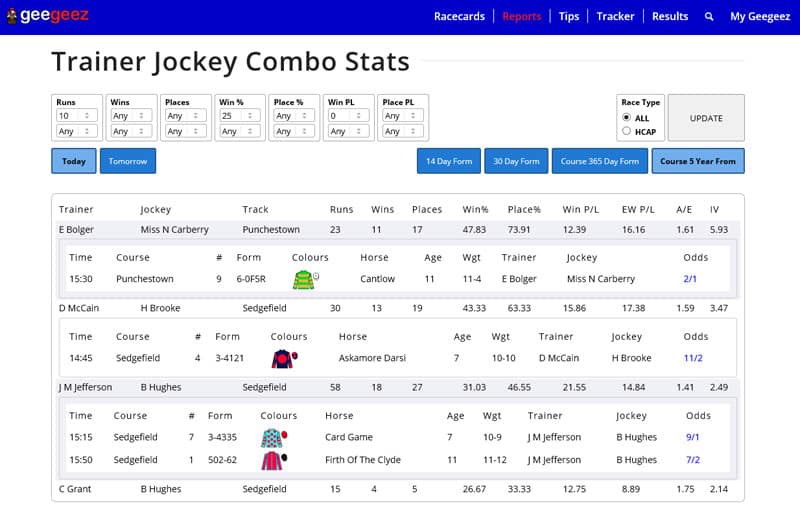 By the way, even my (normally just Placepot loving) wife has been bitten by the bug and on Sunday she placed a £1 yankee and a few small single bets on each of the selections... 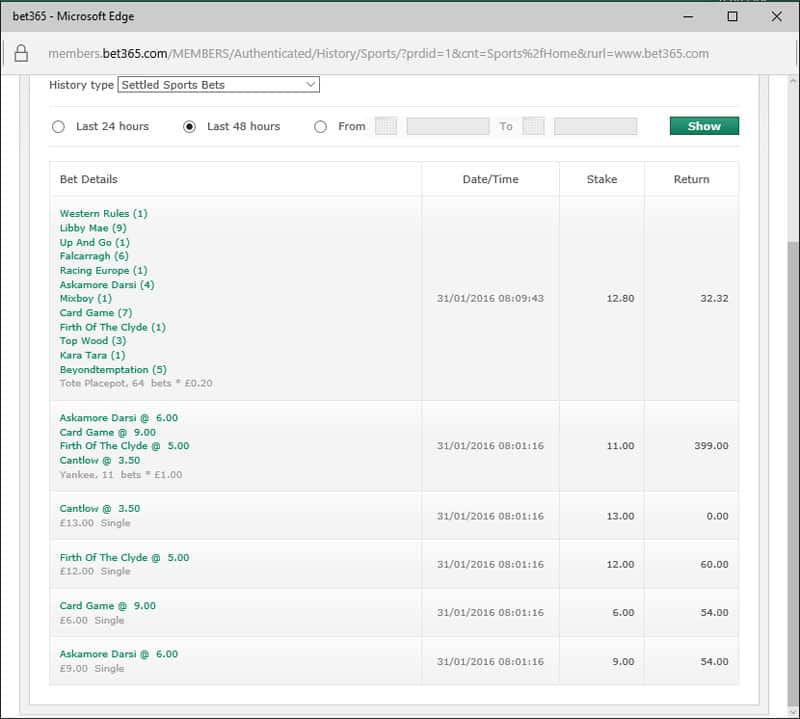 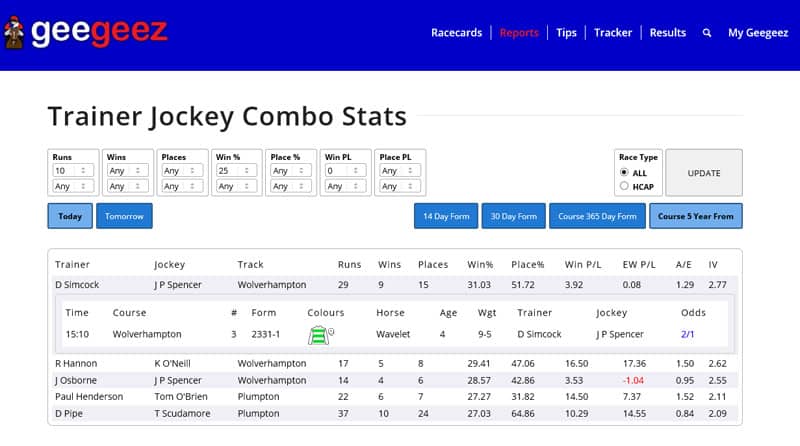 1st February - 1 selection - Just one selection to kick the month off and Wavelet drifted from 2/1 to 3/1, but could only manage 2nd place. After the results from the day before, I wasn't too upset! 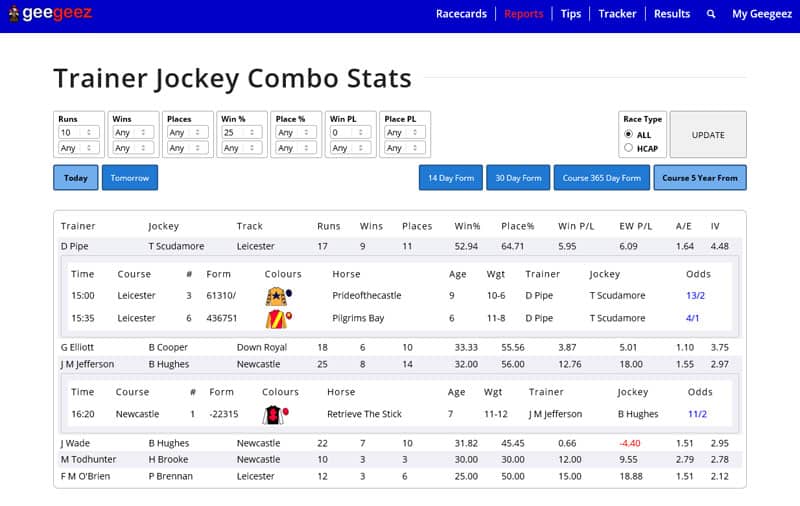 3rd February - 3 selections - The day was off to a flyer with Prideofthecastle winning at 8/1 and I was full of anticipation, because I actually quite fancied the other two, but two 2nd places at 4/1 and 9/2 (from 6/1) was all I could manage. Still, an 8/1 winner every day would be nice!

Of course, not every day is a winning one Matt and some days I struggle to find anything worth backing at all, but I just wanted to drop you a line to let you know how impressed I am with my subscription to Geegeez Gold and especially your Trainer / Jockey Combo report.

Just in the last couple of weeks I've paid for my subscription 10 times over!

Pretty good, eh? I love hearing about subscribers' success, and this was a cracker of an email!

Remember you can sign up to Geegeez Gold for just £5 for your first 14 days and that will give you complete access to everything on the site, not just the Trainer Jockey Combo report, so why not do yourself a favour today and click the banner below to join now...

[Oh, and keep in mind that TJ Combo is free to all registered users every Saturday - you're welcome 😉 ]

Related Contingencies at the Cheltenham Festival