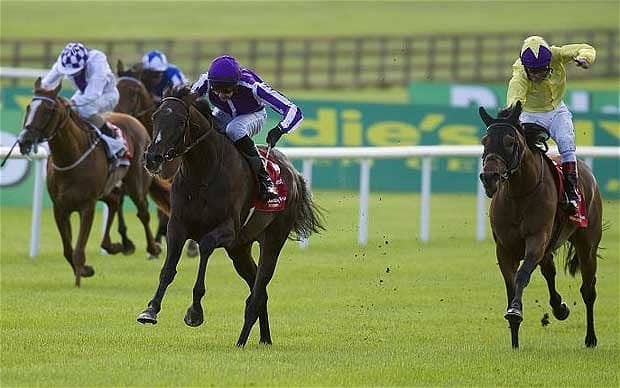 In this week's Punting Confessional, Tony Keenan tackles an age-old source of disagreement: stakes, staking plans and betting banks. He explains how he apportions his betting bank into daily stakes and how he manages the bank: discipline is vital.

I was standing on the steps at the Curragh on Irish Derby Day chatting to a pair of punting friends of mind, discussing not the upcoming Group 1 (frankly, we couldn’t care less about Camelot’s stroll around as it made no appeal as a betting race) but rather the thorny issue of staking.

The duo: one a full-time punter and the other a very serious part-timer, agreed that it was not only one of the more important parts of the game but also one of the most difficult and that striking the right balance between aggression and control was hard to achieve and that picking winners was only part of the battle.

I could write a book on the subject and still fail to cover it satisfactorily but here are some of my broad ideas on staking.

First and foremost, I think you need to have a separate betting bank, kitty, call it what you will. This sort of mental accounting – an economic/behavioural term where you separate money into different areas – is vital and whether you do it with a separate bank account, credit card or cash doesn’t really matter, it just needs to be done.

I try to avoid treating gambling money as real money whereby a fiver might be a pint, fifty a meal out or five hundred a new laptop; when you get into that you’re attaching value to the money and it becomes harder to part with it and you’re much better to think of it as chips and have a certain blasé attitude to it. In order to dip into your wallet and have a bet with one hand and pay for petrol with the other, you are either reckless or bombproof; I am neither so prefer to keep my betting money separate.

On a really practical level, it is wise to keep your betting business apart from your main bank account, especially if you have a lot of turnover and transactions; in these straightened times banks are using every excuse not to lend people money and there’s no point in giving them another stick to beat you with.

I like to use a points-based system in terms of staking with my minimum bet being half a point up to a maximum of 6 points and my average bet coming in at around 2 points. As an overall bank, I’m probably working off 200 to 240 points at any one time and if it gets over the 240 points I’m taking the money out for income.

I don’t really like to have a huge differential between a small bet and a large bet – at its worst, a small bet is only one twelfth of a big bet and more than likely it is one sixth – and I was recently very surprised to see an interview with Richard Hoiles in which he talked about his small bet being only 2% of his maximum bet; I can’t have it that one would fancy one horse fifty times more than the next.

My turnover would tend to be quite high and at a given meeting I could easily have a bet (or more than one bet) in every race; I would tend to put about 20 points in play at a meeting where I am playing strong which works out at about 8-10% of my overall bank. I would rarely have my maximum 6 points on a horse – I did it only once in June – but often I would push in 4, 5 or 6 points in a single race where thought there was a bad favourite or favourites and a number of horses were overpriced.

In truth though, I’m probably quite risk-averse and the thought of risking a bank on a single day’s racing or going ‘all in’ makes no appeal; I want to negate the risk of ruin where possible and prefer grinding steady profits over a long period of time than trying to knock it out of ballpark the whole time, getting it right sometimes but going broke as well; the former approach is much better for the head too.

A level-stakes approach is something I would have little time for; there are degrees to which a punter may fancy a horse with some plays being marginal and others strong. The time to go in strong for me is when you like both the horse and the price and less so when it is one or the other.

Also, price – and by price I mean whether a horse is a big or small price – should not play a part in your staking level and by that I mean you should not be having more on a short-priced horse and a small bet on an outsider. I probably swing the other way on this entirely as I hate backing short price horses and would much prefer have a decent bet on a 16/1 shot than a 5/4 jolly; indeed, I probably won’t even back the 5/4 as I have no head for analysing value at the front end of the market.

One final thing on a points-based approach to staking; be aware that you can and should change the size of your points from time to time. This should not be done arbitrarily and probably not all that frequently but if you feel the need to get the profits up – as I did at the start of the 2012 flat season when I increased my point size by about 25% – it is worth thinking about.

A word of warning with this though is that you need to know your own comfort zone; if increasing stake size will mess with your thinking and make you second guess yourself then it may be counterproductive.

Having a pre-racing plan as to how you are going to play each card is always a good idea; before each meeting starts you should have a clear idea about how much you are going to risk and what is the worst-case scenario if everything goes wrong. Some days are good for punting with lots of overpriced horses, others are not and knowing the difference is a skill; if you ever discover how to do this, please drop me a line.

The time of an individual race is irrelevant and whether your strongest fancy is in the first, third or seventh race shouldn’t matter; you need to plan accordingly and get stuck in early or keep the powder dry depending on circumstances. It never ceases to amaze me when bookmakers comment on the bumper (invariably the last race on the card at national hunt meeting in Ireland) being the most heavily traded race of the day; surely this is the toughest race with least racecourse evidence available and stakes should be kept small but race position on the cards seems to have a major effect.

Needless to say, I am scornful of any sort of progressive or regressive staking approach where you have more or less on the next horse depending on how the previous one went; such beliefs are illogical and fail to treat each race as the independent entities that they are.

Winning at Betting: The (Untold) Truth