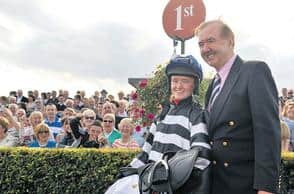 This week's Punting Confessional concerns itself with this week's Galway Festival as Tony Keenan shares his thoughts on the festival as a whole, rather than just a betting medium.

I’m going to be a bit pre-emptive this week and talk about a meeting before it happens, the Galway Festival, Ireland’s biggest race meeting of the year.

It’s only in Ireland where a 7-day fixture with just one listed race and a host of moderate maidens and low-grade handicaps could dominate the summer racing scene but the reasons behind that are for another day.

What I’m interested in now is how a punter should approach a big meeting like this or a Cheltenham or a Royal Ascot and what we should look to do differently.

So, should punters change anything for these major meetings? The simple answer is no, provided what you’re doing is working. Whether you use statistics, form, video, pace, draw or whatever other of the multitudinous angles that are out there, this is probably not the time to be changing your approach; you need to use the same method you would the other 12 months of the year.

Consistency is what a punter should be aiming for, of staking and approach, where the same bet, be it on a mundane Wednesday in October or in the midst of the biggest meeting of the year, gets the same stake. Of course, this is easier said than done. The hype surrounding meetings like Galway is immense and the lure of the action strong; if you have issues getting money on during the normal run-of-the-mill, these will probably be lessened as the layers compete strongly for custom.

At any of these major meetings, the configuration of the track is important and a punter should be aware of its nuances. Galway is no different or rather it is very different, unique even, which is just another way of saying it’s pretty unfair and the best horse doesn’t always win around its tight turns, undulations and stiff finish; the helter-skelters and hurdy-gurdies that are found in the centre of the track during racing are a fitting metaphor for the course itself.

At Galway, on good ground at least, I prefer my horses to be drawn low and to go forward from the start; not only is in-running carnage a feature of most flat races at the venue but if a horse gets caught out wide it can be very costly as the tight turns mean they lose lots of ground. Of course, the overall pace shape of the race may mean that being in front could be a negative and on soft ground a prominent positions isn’t so important but as a general rule it holds.

The finish at Galway is extremely stiff and a provides a stern test of stamina (as the week does for visiting punters!) and from an in-running angle you often see horses in front too soon, which can also be a result of excited jockeys keen to ride a winner at the track too.

One thing that forms part of the fabric of meetings like Galway is the plot horse, the one that has been secreted away for a touch on the big day. I love these horses as not only do they win a lot less often than you think but also they are overrated by the market. These days, so-called plot horses are rarely rated high enough to get into events like the Galway Plate and Hurdle, those races now the preserve of classy types.

The presence of plot horses mean that the form horses are underbet which if you’re a form punter (as I am) then that’s the way you want to play it. All the stats back this up. Back in 2009, I compiled a preview booklet for the meeting that looked at the stats for the meeting and found that last time out winners (and those that ran well in defeat) overachieved at Galway and Paul Jones’ excellent Cheltenham Festival Betting Guide suggests that same for that major meeting.

Perhaps the standout feature of the Galway Races is the trainer dictatorship exerted by Dermot Weld over the seven days. It’s a bit of a generalisation to say that a good week for Weld means a bad week for me (though last year, when he won a record 17 races, was mediocre from my perspective) but if he confines most of his winning to maidens I’m generally quite happy; those races, particularly for the older horses, tend to be uncompetitive and the likes of Aidan O’Brien, John Oxx and Jim Bolger (ordinarily the group that farm Irish maidens) tend not to keep their better horses for such races whereas Weld will often hold back a classy type.

Things may be slightly different this year for the O’Brien camp as the last few weeks have seen a concerted push behind Joseph for the Champion Jockey and the stable are keen to have as many runners as possible at the moment though Joseph may be spending much of his time in Goodwood this week.

Either way, the default price for a Weld horse in a maiden at Ballybrit is even-money and that’s not my price-range and I much prefer the handicaps which unlike the maidens tend to be ultra-competitive. Last year was an exception as Weld had a fine time with his handicappers but in main his record in such races is much less impressive than in maidens but the market still overvalues them and puts them in as favourite by habit.

In the handicaps, every two-bob trainer in the country will have been aiming his good horses at Galway in hope of some publicity and there is real value to be had in opposing Weld here; you don’t need to get much right as the price will often offer a big pay-off with the market overvaluing the Weld runners and plot horses.

If you’re attending a meeting like Galway in person, remember to have some fun. As someone who attends a lot of racing in Ireland, there really isn’t another meeting like it in the year and it’s worth savouring. Take a few non-racing friends; they will probably enjoy it and it might get them interested enough to go with you to Dundalk on a windswept Friday night.

A lot is written about not mixing alcohol and gambling but I will certainly be doing both this week; you have to get real and let your hair down a bit. Gambling can be all-consuming and it helps to remember that there are other things in life.

One final footnote to the meeting: don’t be afraid to forgive a horse a bad run at Galway. Like Cheltenham, it’s a unique (read: unfair) course that not every horse acts around; some are just too big and awkward to get around its tight turns. That’s something to bear in mind when the hangover finally lifts and you get around to post-meeting analysis.