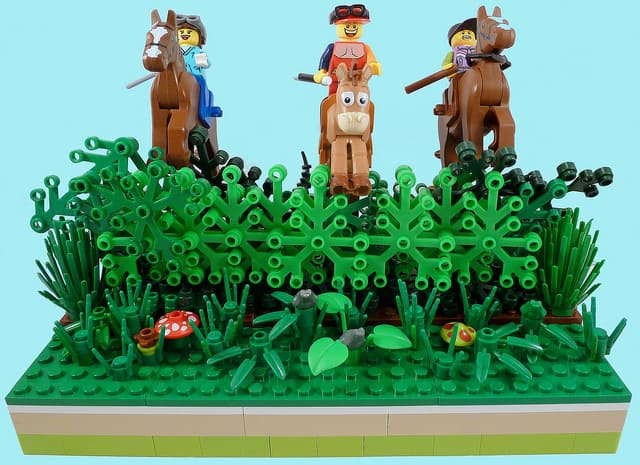 Last month, Tony Keenan offered a view on fallers in Irish chases in his excellent article here. In it, he showed which courses had the highest percentage of fallers, and which horsemen had had the most 'misfortune' in this regard.

That made for fascinating reading for Irish tracks, so it was a logical next step to conduct a similar exercise for UK tracks. For the purposes of consistency, I've used the exact same parameters as Tony did, though obviously overlayed against British courses, trainers and jockeys.

As a starting point, let's remind ourselves of the year-by-year faller rate in Ireland and UK, presented in a slightly different format from the Irish piece.

There has been a marked drop in the percentage of chase fallers in the sample period. A shrinkage in the average number of runners contesting chases is likely to be a significant factor here: less runners equates to a generally slower pace and to less crowding at fences.

In Britain, various measures have been taken to address ostensible welfare issues, most notably the redesigning of Aintree's Grand National fences.

And, looking at the data on a course by course basis, one can see that Aintree's fences have indeed taken a heavier toll than any other track in Britain (and Ireland for that matter). Not by a fine margin either. Aintree's chase fall/unseat percentage, covering both the Mildmay ('normal' chase fences) and Grand National courses, is above 20%.

Put another way, Aintree has a more than 60% higher faller/unseat rate in chases than any other UK track.

If that is the overview of the theatres, what of the actors? The performance of trainer and jockey are often related, a point which should be kept in mind when perusing the following. Trainers first...

The first thing to note is that none of last season's top 25 trainers has a higher fall/unseat rate than 10% during the seasons 2009/10 to 2014/15. While the range within this relative peer group extends from 5.27% to 9.55%, it may be worth comparing the top end with their Irish counterparts. There, 13 trainers had a 10%+ fall/unseat rate, with the 'most unfortunate' trainer almost matching Aintree's 20% attrition.

The likes of Brendan Powell, Colin Tizzard, Tom George, Charlie Mann, recently retired Richard Lee, Peter Bowen, Jonjo O'Neill, and Venetia Williams deserve praise for the consistency of their jumpers' jumping; which is not to pass any negative judgement on the rest of the top 25, all of whom fall into the realms of relative acceptability when set against the most logical 'control', Ireland.

While twelve of the 25 UK jockeys have a fall/unseat rate lower than Mark Walsh (6.4%), Ireland's most 'sticky' rider, Richie McLernon's UK sample high of 10.05% has just four Irish riders parting company at a more frequent rate, and none higher than 11.6%.

So much for the data, but what do they all mean?

Firstly, it is right to acknowledge that this two-dimensional glance at a three-dimensional puzzle is severely restricted by data limitations. There is no comparison with the wider riding/training communities, and no review of whether/how the figures have improved/regressed through the period, by course, trainer or jockey.

Despite those limitations, some inferences can be drawn.

For whatever reasons - likely a combination of field size, stiffness of fences, state of going, and yes, perhaps even horsemanship (whisper it) - fall and unseat rates in Britain are more palatable to the casual observer than the lateral snapshot from Ireland. Certainly they are lower.

The flagship racecourse - Cheltenham - has a commendable 9.55% fall/unseat rate over the course of the dozen seasons in the sample, a period where the average number of chase runners was 11.82. Given that the average chase field size in all UK chases during that time was just 8.08, all concerned deserve plenty of praise.

Of course, Britain has a louder and better (or, probably more correctly, more) accommodated animal welfare lobby. Looking at data from Aintree lends credence to the calls of many outside the sport (and, in fairness, some within) to act.

One, possibly coincidental, observation is the number of sharp tracks with higher faller rates. Fakenham, Windsor (no longer jumping), Catterick and Taunton all share the top (bottom?) five slots and all are nippy little tracks where the fences might be jumped at greater speed than other more galloping venues.

In terms of the UK horsemen and women, all within the sample can be content with their faller rates, with a solitary rider breaching the 10% threshold, and even then by a negligible 0.05%. James Reveley, from a fine racing heritage and a man who spends a lot of time riding in France (which may or may not be relevant), has the lowest fall rate of all at just 4.46% during the period.

And perma-champ, AP McCoy, was bested by just six riders on this count, his fall/unseat rate being an excellent 5.69% across over 1650 chase mounts during the five season period. That bare figure is better than all of the top 25 riders from Ireland, though again, caution is taken not to under-estimate the macro differences between the two jumping jurisdictions.

In the finish, the charts are probably more interesting than actionable; and the conclusions almost certainly more conjecture than empirical fact. But it was a fun little exercise and perhaps there is some fiery utility amidst the number smoke and mirrors.