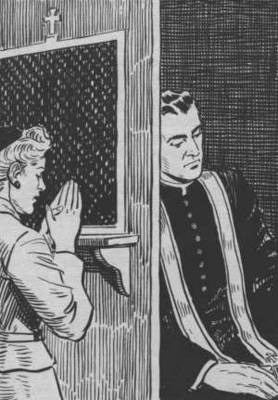 We’re in the midst of the best period of weather in many a year, a heat-wave that stands in sharp contrast to the three wet summers prior to this one, and with such temperatures predicted to continue it’s probably worth pointing out a few angles for summer punting; some of these are simple down to the weather while others are more general.

The prevalence of fast ground is an obvious starting point.

At the moment one doesn’t even need to look at weather forecast to ascertain likely going conditions as it’s a generic good-to-firm across the board albeit heavily watered in some cases. Such ground is the natural habitat of flat racers, as the soft is for national hunt horses; the likes of Royal Ascot, Glorious Goodwood and the York Ebor meeting just seem wrong run on a deep surface.

I suspect that fast ground is a more ‘honest’ surface for flat racing and I mean this in terms of pace; there may still be slowly-run races on it but a lot less so than in summer 2012 when seemingly every race was slowly-run as jockeys adjusted to a prolonged period of soft ground by riding their races slower and doing their best to ensure their mounts got home in the conditions.

That led to a host of strange results – I found last summer to be one of my worst periods punting in quite some time and wasn’t alone in this – as it was often a case not of which horse handled the ground best but rather which horse got away with it. In warm conditions then, pace can become a much more useful angle.

All that said, I wouldn’t say no to a blast of rain to shake things up for a few days and give the soft ground horses that have seemingly been out of form (and had their handicap marks drop) a chance of success, and often at big prices. This is vastly different to a prolonged period of deep ground that just plays with the form book and can provide a real edge; it is the very sort of change that is a punter’s friend.

A knock-on effect of fast ground is that some trainers’ horses thrive on it. I’ll return to why this might be with some of the lesser-known national hunt handlers anon but certainly there are a number of mid-level flat trainers that are flying at the moment, notably Ger Lyons, Eddie Lynam and Mick Halford, all of whom have their strings in top-form. It is no coincidence that these are the very trainers that succeed at Dundalk during the winter as their horses are conditioned for a fast surface and/or bred for it and indeed the sort of stock they have simply tends to be fast.

Lyons, for instance, does very well with juveniles who rarely race over further than a mile while Lynam’s record with sprinters is well-recognised through the exploits of Sole Power and the likes by now. Halford is a top trainer of handicappers but most of them seem best around seven furlongs and a mile and like the aforementioned pair he rarely seems to have good stayers, even middle-distance types. All are good yards to follow as they send out reliable horses and have readable methods.

One area where my punting fell down last year was in being distracted by an excellent summer of sport that comprised the Olympics and Euro 2012 and often losing money punting on them. This year’s sport hasn’t been as much of a distraction, mainly because I dislike rugby, golf and cricket and am lukewarm on tennis whereas athletics and football in its various shapes being more to my liking.

This year’s GAA championship has left me rather cold and I’ve taken only a passing interest though shamefully I must admit to being absent for Monaghan’s first Ulster title since 1988; I gave them no chance of beating Donegal so headed for the Curragh instead! But most of all, I’ve avoided having throwaway bets on the big sporting events which has certainly helped.

While I haven’t been mixing it up with punting across different sports, I have been playing a bit on the better summer jumps races as opposed to looking solely at the flat. I’ve been finding the bottom grade stuff on the level a turn-off as many of the runners in such races are inherently unreliable and concentrating instead on the middle-range and up on the flat and the better races over obstacles.

I’ve had some good results in the latter with Rawnaq at Bellewstown an example though the defeat of Supreme Doc at Limerick (traded 1.04 in the run) was hard to take and it is certainly useful to be following the national hunt form to some degree with an eye to the mixed cards at Galway.

The summer jumping scene has proved quite competitive with many races over-subscribed while the flat racing, away from the big meetings, has been lacking in numbers. Certainly there is less Willie Mullins domination over the summer as he tends to put his best horses away for June, July and August and indeed that is true for most of the big yards; the horses they tend to run are ones that struggled to compete over the winter.

This is not the case for the smaller trainers however as they often keep their best horses for the summer, as we saw with the likes of Rebel Fitz in the Galway Hurdle last year, and such runners often offer value in the face of horses from more high-profile yards.

Finally, it’s worth remembering that this is the time of the year when most normal people are taking their holidays and don’t forget to do the same; this is something I have been guilty of in the past, not wanting to miss a meeting at a time when they are coming thick and fast. Breaks can help rejuvenate and being just back from a good holiday I’m mad for some racing. Even mini-breaks, taking a day or two off a week, can help as some cards just look impenetrable.

Some Thoughts on Headgear