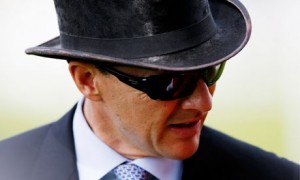 Irish indifference, be it from the general public or the mainstream sporting media, is given when it comes to Royal Ascot, writes Tony Keenan. Whereas the Royal meeting is a central cog in the social and sporting calendar in the UK, commanding column inches describing the who’s who of attendees and being the only meeting of the year where every race is on terrestrial TV, the attention it gets in Ireland is minimal; Galway remains the highpoint of the racing summer.

Perhaps this is due to the coverage given to other sports. The US Open has just finished, we’re in the middle of a Lions Tour and both the football and hurling championships have proved surprisingly competitive. Others will say that for all Aidan O’Brien’s achievements at the meeting and in flat racing generally, his record-breaking has become blasé; brilliance is diminished when it is expected. But most of all it is not Cheltenham despite being a fixture that is obviously more important in a global racing sense than any jumps event, the horses that run making their mark in the history of the sport through their own actions across the five days and in breeding sheds later.

None of this will stop flat racing people in Ireland going hell for leather at the meeting. Irish runners at Royal Ascot have been gradually rising since 2010 and it’s a surprise there aren’t even more Irish horses entered. Not only do our horses consistently overachieve here – a general rule is that betting Irish runners at the fixture comes with a positive expected value – but for owners it must be a fantastic experience, unique among racetracks around the world. As seen below, it is a long time since there were only 24 Irish runners and one winner back in 2003.

Apart from the flashy winner totals, Irish participation at the meeting has been consistently increasing; from 2010 to 2016 the percentage of Irish runners at Royal Ascot has gone: 9.6%, 7.4%, 9.3%, 11.9%, 12.9%, 11.3%, and 14.6%. 15% of all runners might even be in play this year as the record for Irish-trained winners at the meeting was set last year after four years of plateauing at eight winners, and William Hill rate Irish trainers to have 10 or more winners nmo more than a 13/8 shot.

The week before last the Racing Post headlined with ‘Green Army’ in an article about how Ireland’s jumps trainers like Jessica Harrington and Willie Mullins would also be sending multiple runners to add depth to the panel. As with this past Cheltenham, the record total for Irish winners at the meeting again seems possible with short-priced ‘bankers’ like Churchill, Order Of St George, Caravaggio and Winter helpful in that regard.

The recent story of Irish runners at Ascot necessarily begins with Aidan O’Brien. Consider his record here since 2010 [and unless otherwise mentioned all numbers in this article refer to the meetings since 2010].

In the period referenced, O’Brien is well clear of the next best, which is John Gosden on 17 winners, with Michael Stoute third on 14 winners. No other trainer has reached double figures. With O’Brien not having had fewer than two winners at any Royal Ascot meeting this decade, he is understandably no bigger than 2/7 to be top trainer in 2017.

When breaking down his runners in search of a betting angle, there seems to be a lot more noise than signal. His record with short-priced horses is decent – of the 22 horses sent off 2/1 or shorter, 11 won for a level-stakes profit of 1.69 points and an actual over expected of 1.03 – but we are not talking Willie Mullins at Cheltenham levels.

23 of his 27 winners were the first string or only runner in the race, ridden by the main jockey at the time, be it Johnny Murtagh, Joseph O’Brien or Ryan Moore; the exceptions were Ishvana (2012 Jersey), War Command (2013 Coventry), Brave Anna (2016 Albany) and Sword Fighter (2016 Queen’s Vase). Letting O’Brien do some of the work for you makes sense.

It was a little surprising to note how few fillies he ran relative to colts and a very small number of geldings.

A niche angle here – though one that could just be a fluke – is looking for fillies and mares than ran against the males; there were just four qualifiers here with two winners (Ishvana and Maybe) and two seconds (Found and Ballydoyle). I suspect this was the plan with the likes of Minding, Seventh Heaven and Alice Springs at the meeting but all three appear to be on the sidelines just now though Clemmie and/or September are possibles for the Chesham.

The other potential approach here was looking at his horses in the lower-profile races rather than the Group 1s and 2s. There are a couple of things that could be going on here. Firstly, the Ballydoyle horses look overbet in the very best races as O’Brien is a recognised Group 1 trainer; he was not far away from the record of top-level wins in a single year for much of last season. Furthermore, he seems inclined to have more runners in those better races to increase the chance of a winner despite those races being more competitive.

In a similar article last year, I covered the records of all Irish horses at Royal Ascot by age and distance and it is worth reprising them now as they again proved profitable last year [again, table is since 2010].

The juveniles and three-year-olds are doing fine but it’s the older horses that are excelling and it is not as if the winners were impossible to find; 18 of the 24 were returned 10/1 or shorter. This is supported by the records of Irish horses in races of different distances with the stayers coming out particularly well; these races are generally for the older horses.

Irish sprinters return a decent number of winners but that is more to do with two-year-olds than horses running in the King’s Stand and Diamond Jubilee by now; there was a brief golden age of Irish sprinting a few seasons back with Eddie Lynam’s 'Power' horses, and Gordon Lord Byron, but outside of Caravaggio there are no top-class Irish sprinters and indeed Gordon Lord Byron remains the second-highest rated sprinter trained in Ireland.

The stayers are a different story and last year the Irish horses swept the board in races over two miles and further; Jennies Jewel won the Ascot Stakes, Order Of St George the Gold Cup, and Sword Fighter the Queen’s Vase before Commissioned took the last race of the meeting, the Queen Alexandra Stakes. Aidan O’Brien has played a major role in this dominance with seven winners in staying races but he has been aided by a number of national hunt trainers like Willie Mullins, Gordon Elliott, Charles Byrnes and Jarlath Fahey. That at least might get the normally indifferent jumps boys to tune in this week!

Time for a Middleham Derby